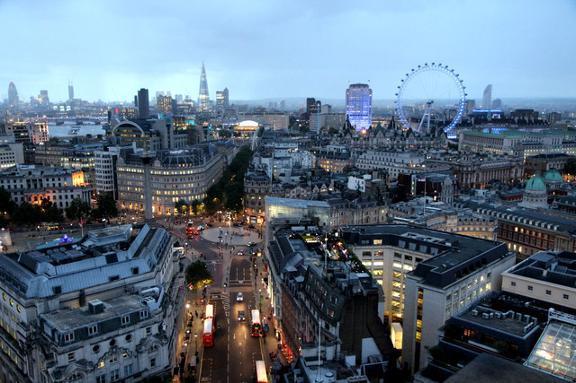 This is an insiders guide on the top 5 famous attractions in North London you should go to. If you are a tourist coming from outside of London or even just wanting to look around than this guide will help you find out about the various attractions in North London. This guide will have information on places such as Alexandra Palace (Ally Pally), Emirates Stadium (Finsbury Park), Highgate Cemetery (Highgate) and many others.

Alexandra Palace also known as “Ally Pally” is a popular palace in North London. The large hillside park attracts over 60,000 visitors a day. Ally Pally was first introduced in 1873 as a Victorian “people’s palace”, however closed in 1889. It is now used for exhibitions, performances and sporting events. If you are looking to visit Alexandra Palace and looking for somewhere to stay, check out Roseview Hotel which is a 10 minute walk away from the popular attraction!

Price: free access to park, charges may vary according to certain events.

Emirates stadium is the home of Arsenal Football Club. The stadium seats over 60,000 supporters at one time. If you are in London and looking to visit a fantastic attraction, “The Emirates” is the one you should visit.

Price: will vary dependent on event.

Highgate cemetery is one of the most popular places of burial in London. There are around roughly 170,00 people buried in the cemetery. It offers plenty of interest with it’s ivy-clad tombstones and poignant memorials.

A fan of Carlo Gatti? why not visit the “London Canal Museum”, which was originally built in 1863 for the ice cream-maker. This beautiful King’s Cross museum sits beside the Regent’s canal so you can also check those out.

Bringing the children with you to London? Check-out this 100-seat children’s puppet theatre. The little angel theatre provides it’s audience with a lively, innovative atmosphere to amaze both the young and old. The majority of performances are targeted at two-five year-olds, however, they also show performances for the toddlers.

Price: will depend on performance.

That’s all from our guide, we have provided you with some of the top attractions in North London. If you are in need of a cheap hotel in North London than do check out “Roseview Hotel” which is in the heart of North London.